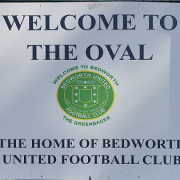 The club has developed massively from its humble beginnings in 1895 when we just played some local teams in and around Bedworth and Nuneaton and were called Bedworth Town Football Club.

As you can see in th 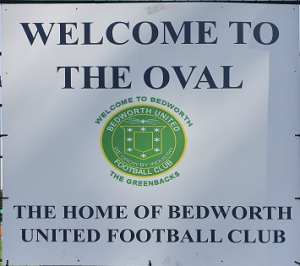 e media and the recent success of the England womens national team in the recent womens world cup, the demographic of football players has changed, its not now just young men on a Saturday afternoon.

Bedworth United have managed to keep up with these changes and out of the 27 teams who represent the club 6 are female teams.  In the local area this is one of the highest number under 1 clubs banner.

With an age range of 4 years old in our ever expanding tots section to our oldest players at 80+ taking part in our walking football and with the formation of a new disability team coming soon we are truly a club for the community no matter who you are.

All of this has been achieved because of the firm footing that the club has ensured that it has.  Bedworth United Ltd is a non profit making organisation, all monies generated by the 3G pitch are used to maintain the stadium as well as maintaining a sinking fund for when the carpet of the 3G pitch needs replacing.  If there is any surplus profit after that it is channeled back into the project.

Currently the facility is used by all of the 27 teams under the Bedworth United badge each week plus 30+ other teams and organisations from the local community.  With all of these teams training the average number of people through the gate each week is easily in excess of 1500 that is without adding on the visitors for all of the weekly games we hold here which equates to between 8-10 matches each weekend. We can safely say that there is easily 2000+ people who walk through the gates of The Oval each and every week.

Yearly we also host over 30 end of season cup finals with teams from as far a field as Birmingham, Leicester, The Black Country and Stratford.  We are also proud to host the prestigious Bedworth Nursing cup final.

As you can see from the above the facility is used 364 days a year (Not 365 as we do give our volunteers one day off a year).  Over the past 2 seasons we have improved the facility by constructing the Peter Randle Terrace above the clubhouse, building a new toilet block with baby changing and disabled facilities and laying a path to the juniors pitch and behind the scenes there to has been improvements to the kitchen areas and clubhouse. As you can see “The Way Forward Plan” that was devised about 5 years ago has been progressing BUT to progress the project further we require more sponsorship, that is where you come in.

Are you a supporter who wants to show your support for your club?

If you can answer yes to either of the questions above then maybe sponsoring Bedworth United is “The Way Forward” for you as well.We offer sponsorship to suit all budgets big or small.  With the new website, The new camera, Instagram and YouTube channels and the first team programme being put online we are reaching more people than ever before.

With your help we can develop further and look forward to the future and continue building and moving forward from the foundations we have already planted.

If you are interested in getting involved and sponsoring the club in some way and the opportunities available please either contact Stuart on 07927 686792 or alternatively email stadiummanager@bedworthunitedfc.co.uk