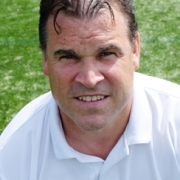 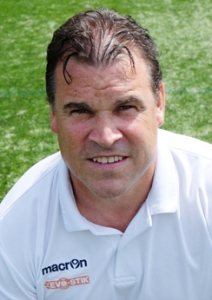 Now it has sunk in that the 2019-2020 season has officially finished I thought it would be the ideal time to put into words my thoughts and feelings of the season both on and off the pitch.  As a team we started slow with some disappointing results,  I think this could have been a bit of a hangover and a lack of self belief after the previous season.  Once we had shock off that hangover results started to come and as a team we were starting to hit form at just the right time with only 2 defeats since the turn of the year the playoffs were becoming a more and more realistic expectation of where we wanted to finish.  I believe the squad that I had assembled were more than good enough to achieve one of those play off spots unfortunately now we will never know.   I am hoping that the majority of the players this season will stay for next so that we can pick up where we finished this season and make a concerted push to reach step 3 of the football pyramid where I believe this club should be.

I would also like to thank the players for all their commitment and efforts throughout the season.  I feel we have some unfinished business in this league so keeping the squad together will give us a great opportunity to start the season off well and push for promotion when next season starts.

I would like to thank my Andy, Jamie my coaching staff and also Sarah the Physio who has been invaluable all season, for all the hard work that they have put in each and every week and I do truly believe looking across this league our players are the most prepared that they could possibly be for each and every game.

With a thriving Under 21 and Youth setup the club has never been in such a good state with some of the U21s now training with the first team and some of the Youth now engaging with the U21 set up the future for Bedworth is plain for all to see.  The progression for players into senior football not just from U21 level but from the juniors upwards is brilliant and I can think of no better place for a junior player to develop their skills and have that chance to reach senior football.  Add into the mix the college course that is ran from the club the footballing youth around Bedworth probably do not realise how lucky they.

On the subject of junior teams I feel for some of them greatly.  We have had 7 of our junior teams sitting in the top 2 of their leagues, with 2 being unbeaten.  They have through no-ones fault been robbed of the chance of winning silverware, Junior football doesn’t last long and to have achieved what some of our junior teams have this season but not to get the reward is unfortunate to say the least.  Gratitude has to go out to all of the clubs junior managers who volunteer their time to coach the kids.  I regularly come up and watch some of the sessions that these coaches put on and it is plain to see the amount of time that these coaches put into planning the sessions.  Add on top of that dealing with parents. I take my hat off to all of you.

Our ladies teams are doing extremely well and playing at a high standard and were also on course for a top 3 finish which is extraordinary after gaining promotion last year to find themselves in the top 3.

As you can see football at Bedworth United is thriving and will only get better in the coming years.

With the world in its current state I must say that as a club we are in a much better position than a lot of others locally and mostly that is down to the board of Directors who run the club always in its best interest.  Sometimes that means making tough decisions but those tough decisions are now becoming very wise decisions.

This season we have made massive strides with regards social media.  We have introduced a new website, raised our twitter following by nearly 3000,  Started Instagram and You Tube channels all of this takes a lot of time and effort and I would like to say a massive thankyou to the small group of people who have made this possible.  Due to them the matchday experience around the club has been greatly enhanced.

My thanks also goes out to all of the volunteers that we have at the ground both on matchdays and through the week,  without these volunteers a club our size would not be able to function and no matter how big or small you think that contribution is it is greatly appreciated.

In these unprecedented times with all of the uncertainty about please let me reassure you of 1 thing Bedworth United Football club is still moving forward and will continue to grow.  There are a lot of ideas and work going on in the back ground to ensure that this growth continues for the foreseeable future.

Lastly I would just like to say to each and every one of you please follow the guidance given and stay safe.

When things get back to normal I look forward to seeing each of you back at The OVAL supporting not just the first team but everything Bedworth United has to offer.