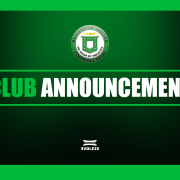 It is with great sadness that we have to announce the passing of Ken Elliott.

Ken was an avid supporter of both Coventry City and Bedworth United not only being a Director here but also playing for the club when it was known as Bedworth Town.  Ken was a great ambassador for the town of Bedworth being born and raised here he started a builders merchants, K Elliott sales which he ran for 30 years he then became heavily involved in a vast array of committees around the town from crime prevention in the town to Bedworth Britain in bloom and tidy borough group.  Up until last year he was still a Governor of the Nicholas Chamberlain Trusts,

Ken was a keen Rotarian and was instrumental in setting up the Blackpool Holiday scheme which enabled a few thousand people to enjoy a weeks break in Blackpool which they otherwise couldn’t afford.   Ken used his links to Blackpool after the school massacre in Dunblane in 1996 to provide those effected by the tragic events a chance to get away and they were offered a free holiday. Ken was honoured by the international rotary organisation with a Paul Harris Fellow recognition where he was in good company with other notable recipients including U.S. President Jimmy Carter, Russian President Boris Yeltsin, U.S. astronaut James Lovell, UN Secretary-General Javier Perez de Cuellar, and polio vaccine developer Jonas Salk.  The word legend is used a lot nowadays but to the town of Bedworth Ken truly was.

As well as representing the town he did so much good work for at football,  he also played cricket for Bedworth and was also an accomplished table tennis player. 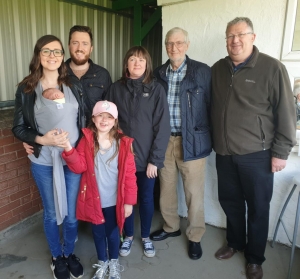 Ken will be sadly missed by all at Bedworth United and we send all of his family our condolences at this difficult time.

Kens Funeral service will be held at Mill Street Methodist Church on 27th September 2019 at 12.30pm