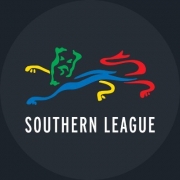 From the Southern League

“I am writing to update you in light of the continuing lack of clarity around when paying fans can be admitted to National League System stadiums once again.

Since June, the FA has submitted three proposals have been submitted to DCMS for the safe return of fans; FA representatives met with DCMS as recently as last week. DCMS are supportive of those proposals and are waiting for approval from HM government.

We are all frustrated at the lack of response but, with DCMS support, are pressing HMG for an urgent response and that fans be allowed to attend games. The Alliance Leagues’ stance is still that playing games behind closed doors is not financially viable.

The Isthmian, Northern Premier and Southern leagues are committed to starting the 2020/21 season on 19th September, providing government allows our Clubs to admit spectators. However, we recognise that factors beyond
our – or your – control may mean this date is not achievable.

To help clubs to forward plan, although our primary objective is to start the Step 3 & 4 playing season on 19th September, contingencies are set out as follows for your information.

If it is not possible to start on 19th September, 26th September is FA Trophy so…

If it is not possible to start on 3rd October…

If it is not possible to start on 10th October…

If it is not possible to start on 17th October…

Scenario 5 is subject to club approval via AGM or EGM, FA regulatory approval and will require changes to the NLS Regulations and Standardised Rules, which also require FA Council approval.

At this point a full fixture programme is not possible without unreasonable levels of midweek and away travel. So, each Step 3 and 4 division is split into two smaller divisions, every club playing each other home and away to create a ‘half’ season, at the end of which, the split divisions are re-merged.

The top five clubs will then play a Champions League style round-robin (ideally home and away) with the top 2 clubs promoted.

The lowest-ranked five will play each other, home and away, with the necessary number of clubs (i.e. reflecting withdrawals or resignations) being relegated. Clubs not featuring in Champion or Relegation Play-Offs will be able to enter a voluntary cup competition.

See page 4 for illustration of Scenario 5.

If it is not possible to start until January 2021, The Alliance Committee will determine if and how the season will be played out following consultation with the member clubs of the Northern Premier League, Southern Football League and the Isthmian League by the Leagues. Any decision of the Alliance Committee and subsequent changes to the NLS Regulations and Standardised Rules will require the approval of FA Council.

It is hoped that we will not need any of these contingencies. It should also be understood that there are no perfect solutions to this problem, and that it is impossible to accurately predict the precise circumstances that will apply at
any future date. However, the Step 3 & 4 leagues believe that this proposal provides as much clarity as we can provide at this time.

Clubs will be required to approve the relevant rule changes arising, should scenarios 3 – 6 be required, at Leagues’ AGMs or EGM.

I will update you again as soon as we have more news. In the meantime, we will continue to pressure DCMS to approve the return of paying fans for the league seasons to start on 19th September, and to confirm any limitations around this that they require.”