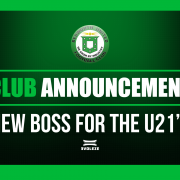 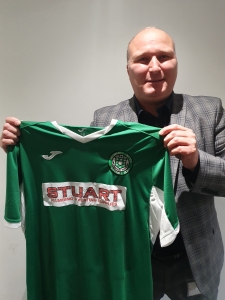 Bedworth have wasted no time in finding a replacement to take charge of the U21’s after Dave Cooks announced his departure on Saturday.

Bedworth United are pleased to announce that the U21’s will now be managed by Gareth Zimmerman.

Gareth has a wealth of knowledge of football at U21 level and above both as a manager/coach and a player in his earlier days.  Gareth comes to the Greenbacks from Barwell FC where he was coach of the first team in the Southern Premier League Central.  Before that he was U21 manager at Tamworth standing in for the first team manager on 3 occassions and winning 2 of those games. previous to that he has been involved with Bolehill, Atherstone and Polesworth.

Gareth is looking forward to getting involved with Bedworth and said “Bedworth is always a club that has impressed me whenever I have come across them at both U21 and senior level.  From the outside looking in it has always looked like a club that is ran well and as a football club should be.  The investment and time time that is put into developing players is clear to see and I will be looking to build on previous successes that the U21’s have had I look forward to working with both Stuart (Storer) and Lee (Hurst) in developing players who will hopefully go onto the first Team or further in their individual football careers.

Gareth will be straight into the hotseat taking charge of the U21’s in their away fixture against Leicester Road on Saturday.  Gareth will be appointing his coaching staff in due course.

I am sure I can speak for all of us at Bedworth supporters and officials alike in wishing Gareth good luck and I am sure that the U21’s will be in safe hands with Gareth at the helm.