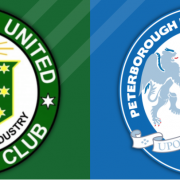 THE GREENBACKS WELCOME THE POSH TO THE OVAL.

Bedworth United Ladies welcome Peterborough United Women to The Oval as they look to bounce back from a disappointing opening day result against Boldmere.

After a positive pre-season, Bedworth found it hard to get going and didn’t react to a strong Boldmere side and found themselves on the end of a heavy defeat. They will be looking to right the wrongs going into the game against The Posh, who are experiencing their first season at this level.

After a very difficult 18 months for many of us, Peterborough United experienced the ultimate high at the end of two null and void seasons when their promotion was confirmed into Tier 4. This is the highest position The Posh have found themselves in since being founded in 2015 and they also had a positive pre-season so will be looking to build on that confidence going into Sunday’s fixture.

Having never played each other before, this game should have all the entertainment that The FA Women’s National League looks to bring week in week out. Bedworth will be looking to bounce back and Peterborough will be looking to start their season strong after their opening game was postponed.

We welcome back Sophie Wilson who was missing from last week’s defeat, as well as our first team manager Paddy Richards. Emma Dell will continue between the sticks, and 16 year old Liv Gilbertson will be hoping for her second start in defence.

Both Holly Webb and Amanda Whalley come back into the squad hoping to put minor knocks behind them, with Alysha Stanley pushing for her first start in green! Alisha Higginson, Billie Kelly and Mia Darling all miss out on this week’s first team squad, as they will feature for development in a pre-season friendly.

Pay on the gate is available at £3 for adults and U18s go free for August, all tickets are cash only. Our season tickets are still available to purchase for just £50 which entitles you to entry of all first team & development team league fixtures and cup games (excluding the FA Cup) by emailing ladies@bedworthunitedfc.co.uk.

Our brand new digital matchday programme will be live on Sunday 22 August 2021. You can find this weeks, and previous programmes here.

We will have live updates available on our twitter channel @ladiesbedworth.