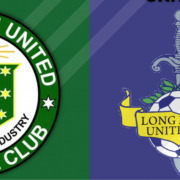 A SUNDAY VISIT TO GRANGE PARK

An away trip to Long Eaton United awaits Bedworth United Ladies this weekend. After a two day turn around, the Greenbacks will be hoping for a positive spin on their results, after putting in a spirited performance and deserving more from the midweek fixture against Leafield Athletic.

Long Eaton had started their season extremely well with two wins out of their first two games, scoring 10 goals, so will evidently be a tough team to break down. However, their midweek fixture saw a defeat to Burton Albion and provides hope to Bedworth United that their defence can be broken down. This will be Long Eaton’s sixth consecutive season in The FA Women’s National League, Division One Midlands and they are always sitting comfortably in mid-table come the end of the season, but sitting pretty in third place now will give them all the boost they need to bounce back from midweek.

Having picked up a slight knock, Tiarna Gilkes misses out on the trip which means Sophie Wilson and Amanda Whalley will operate in a new look midfield. Emma Dell will continue in goal with Freeleigh Parnell still out injured and Billie Kelly will hope for some minutes after sitting as an unused sub in midweek. Abbie Taylor will be wanting to get her season up and running after Kirsty Farnsworth added a third to her tally and Jodi Hunter getting her first for the season on Thursday night.

Our season tickets are still available to purchase for just £50 which entitles you to entry of all first team & development team league fixtures and cup games (excluding the FA Cup) by emailing ladies@bedworthunitedfc.co.uk.

There is no programme available for this game. You can view previous home game programmes here.

There will be no live updates on our Twitter.