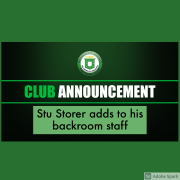 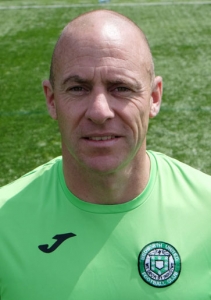 Stu Storer has added to his backroom staff

Vastly experienced player MARK ALBRIGHTON has agreed to take up the role of Assistant coach to the first team.  Mark brings a wealth of experience to the club, as a player Mark quickly became a fan favourite here with his no nonsense style of play and has appeared for the club in two playoff finals winning both.  Apart from the heroics he performed at Bedworth Mark had spells at Telford, Boston United and Darlington.  He is most well known though for his time at Doncaster where because of his style of play he earned the Nickname “Sarge” from the Doncaster faithful.

Mark will bring a lot of experience to the club and will no doubt be an inspiration to the younger players around the club.  Mark has already taken time to drop into coaching sessions for some of the junior teams and will be looking to carry this on over the coming season.

All at Bedworth wish Mark all the best in his new role.