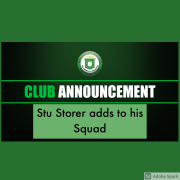 Stuart Storer has confirmed his first 3 new signings of season 2021-2022, Jamal Clarke, Sam Lomax and Patsun Tufan have all agreed to join the Greenbacks for next season.

We would like to welcome them all into the Greenbacks family and look forward to watching them when they first pull on a green shirt. 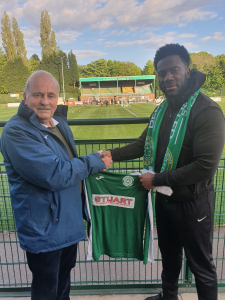 Defender Clarke has a wealth of experience most recently playing for Rugby Town who signed for in July 2019 after captaining Coventry United in the Midland Football League where he scored three goals in 42 appearances.  30-year-old Jamal has also had spells with Evesham United, Redditch United, AFC Rushden & Diamonds and Daventry Town. 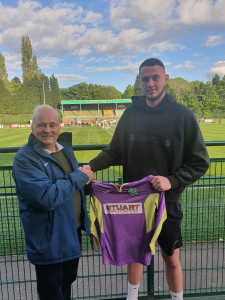 The 22-year-old goalkeeper was previously a youth player for Aston Villa before a spell with Nuneaton where he was picked up by Barnsley. Sam has also had spells at Stratford Town and most recently Rugby Town.

Defender Patsun has joined us after a successful season at Coventry Sphinx.  Patsun can list amongst others Aberdeen on his footballing CV.  Patsun is only 20 years old but was a regular in Sphinx first team for the last couple of seasons.

Stuart Storer said about the signings “Since last season was cut short Jamie (Lenton), Andy (Penny) and myself have been working hard behind the scenes, we have had a list of players that we have been keen to talk to and have been looking to secure the signatures of Jamal, Sam and Patsun as soon as possible. Jamal is an experienced central defender at this level and will only improve the defensive side of our game.  Sam is a Goalkeeper we have had our eye on for the last couple of seasons and are happy to have secured him for this season coming. Patsun is an exciting youngster who we have great expections for going forward and will make that competition for places in the starting 11 come August even harder.  I am happy to say that the majority of last seasons squad have expressed a strong wish to stay for the coming season.  Due to Covid negotiations have been very difficult but I am pleased we have secured the 3 players so early.”