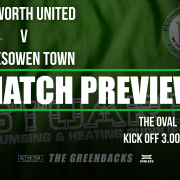 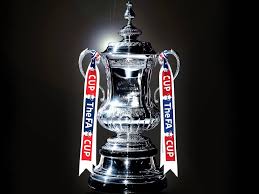 Saturday sees Bedworth enter the FA Cup at the Preliminary Round stage only 11 games stand in our way to getting to Wembley our opposition Halesowen Town have also entered at this stage. Halesowen were relegated with ourselves last season from the Southern Central Premier league and have hit the ground running this season with 2 wins out of 2.

Last season we beat them 3-1 away and narrowly lost 1-0 at The OVAL.

Stu Storer and his management team have a fully fit squad to pick from after the midweek game at Barton where the team could only be described as Jekyll and Hyde an  excellent display in the first was followed by a poor one in the second half.

I caught up with Stu Storer and he said “This is my 36th year in the FA Cup and it would be brilliant if we could get a good cup run under our belts, we need to bounce back from the disappointment of midweek and learn from it.  We know a lot about Halesowen from last season and know that we will need to settle into the game quick and play good football which we are more than capable of we need that balance and consistancy to ensure that we reach the levels that we are capable of week in week out”.