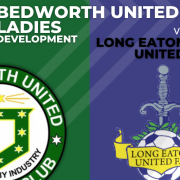 It begins here. The development team’s 2021/22 campaign starts with a trip to Long Eaton United Development. It is almost a new look team compared to last season, with a lot of new signings coming in to strengthen the depth to the whole squad. The Greenbacks hope to start positive, knowing a very competitive league season is on its way.

Long Eaton United Development have been away from the Reserve Midland Division for a couple of years and will be looking to make their mark from the start. Bedworth are expecting a very strong set up from the opposition having experienced the tough fixtures with their first team for a few years in the Division One Midlands.

Development captain Amy Preston will begin in the middle of the park, alongside Mia Darling who will shortly be leaving for university in Northumbria. Looking to get back to full match fitness, Freeleigh Parnell will hope for some minutes in goal with Kat Pritchard likely to start between the sticks. Elisha Dunn, returning from a spell in the Leicestershire County League, will most probably start in attack alongside Sade Hodgson also making her return to the Greenbacks, and Billie Kelly.

There is no on the gate match prices for this fixture.

Our season tickets are still available to purchase for just £50 which entitles you to entry of all first team & development team league fixtures and cup games (excluding the FA Cup) by emailing ladies@bedworthunitedfc.co.uk.

There will be no programme for away games. You can view previous home programmes here.

There will be no live updates available.