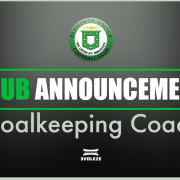 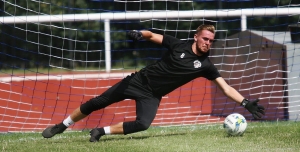 Bedworth United are pleased to announce that Lucas Bailey has been appointed as the clubs goalkeeping coach,  Lucas will work with the First Team, U21, Youth and Juniors he will also be heavily involved with the Academy and will be looking at the progression of the clubs goalkeepers from junior up to the first team.

Lucas  holds a wealth of coaching qualifications including a UEFA B coaching in Goalkeeping, he has previously been the Academy goalkeeper coach at Coventry City FC, Lead goalkeeping coach at Strachan football foundation he is currently the lead goalkeeping coach at Leicester City ladies RTC and will continue this role in line with his new role here at Bedworth United.  Lucas has also worked with professional goalkeepers at international level with Wales U18s and U21s.

Lucas will be running the juniors sessions on a Monday starting on Monday 4th January 2021 with a new timing of 5.30 to 7pm.  As previously all of Bedworth United’s junior goalkeepers are welcome to attend and the sessions will be free of charge to players signed to Bedworth United.

BUFC Statement regarding The OVAL
Scroll to top