What a night for little old Bedworth with both of our nominees receiving awards at the BCFA Awards ceremony.

Martin Jones Runner up in the Grassroots coach of the year award.

I want to congratulate both on their achievement from all at the club and associated with the club and I am sure that I can speak for all of us in saying you both are truly Bedworths own Grassroots Superstars. 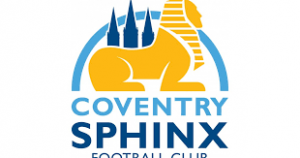 Tomorrow night sees the visit of local rivals Coventry Sphinx visit The OVAL it may be a friendly but there is a bit of added spice with workplace bragging rights at stake as Sphinx Assistant Manager  John Woodward works with both Stu Storer and Jamie Lenton.

Sphinx will turn up here both determined and wanting to get one over a team from a higher division. After Saturdays poor second half the Greenbacks will be looking to get back to winning ways.  It is expected that now the Greens have got a couple of games under their belts to blow away the cobwebs from the summer that the team will have a couple less of the younger players involved and the squad for the season will get more than half a game.

Jamie Lenton has nearly a full squad to pick from with the only major injury doubt being Elliott Parrott after we saw him limp off at half time against Shepshed on Saturday Afternoon.

Speaking with Jamie today he was on reflection upbeat about Saturdays first half performance but as I am sure we all were a little bit disappointed in the way the youngsters played in the second saying it probably showed that little lack of experience in the middle of the park.

As always if you cant get to the game join us on twitter to keep up to date with how things are progressing. @Bedworth_United.

Prices for this game remain at £5 and £3 for concessions