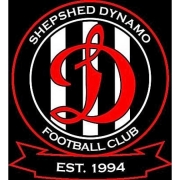 This Afternoon we welcome Shepshed Dynamos to the Oval for the second of our pre season friendlies.

This afternoon the management staff have nearly a full compliment to pick from apart from the absent Richard Blythe.

Shepshed play in the United Counties football league and came 7th last time out just above Cov Utd and Cov Sphinx which was a little disappointing for them as their performances up until the last few games of the season saw them a lot higher in the league. Shepshed are a bit of a sleeping giant in non league football at the minute and have a very good support so we will ensure that we make everyone welcome The OVAL in our usual way.

They promise to be a well drilled physical outfit and will be a good test for the Greenbacks in only their second game out.  We will be looking for Lewis Chester and Charlie McConnaghie to take their impressive form that they showed Against Burbage forward into this game.  As the U21s have a fixture today there will be a few less of them around todays squad and there will be a couple of new faces as well.