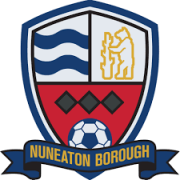 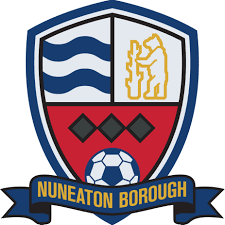 On Saturday Bedworth travel the short trip down the A444 to local rivals Nuneaton.  If things had gone better for the Greenbacks last season this could have been a league game during the coming season with Nuneaton being relegated as well.

This is yet another opportunity for Bedworth to play a team from a step above them in the football ladder and will no doubt be a test.  As Nuneaton’s season starts next week they will be determined to finish their pre season with a win.  Last time out Nuneaton got a creditable 4-4 draw with division one side Burton.

Stu Storer will yet again be without some of his regulars with Charlie McConnachie, Elliott Parrott, Richard Blythe and Mark Allbrighton. Iyseden Christie and Ashanti Pryce are both still recovering from hamstring injuries so will also not be available.

The squad will be boosted though by the return of Luke Rowe, Reece Blackmore and Tom Sharpe who has recovered from a niggling knee injury he has been nursing for the last couple of weeks.  With the Greenbacks not having to play in the Pre Preliminary round of the FA cup it gives the trialist’s another week to stake their claim and impress the management team and prove that they are worthy of  wearing a green shirt come the 17th and the big Kick off against St Neots.

There is a buzz back round The OVAL this pre season and the squad are showing an air of togetherness and spirit which is clear to see when the are training and as a group around the place.

If you want to come and watch the players train then please do come to The OVAL on a Tuesday and a Thursday at 7.30pm, have a pint and see the lads put through their paces (beats Emmerdale).