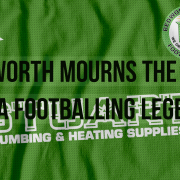 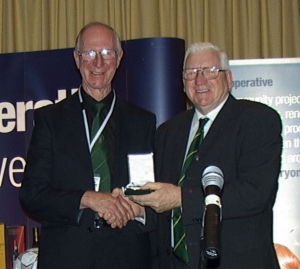 All at Bedworth United were saddened to hear of the passing of Jack Charlton and would like to pass on our condolences to Jack’s Family and friends.

Jack had quiet an affinity with Bedworth, the former Republic of Ireland manager and World Cup winner was the honorary president of the prestigious Bedworth Nursing Cup.  Jack not only put his name to the competition but also attended finals and was present at the 2009 final which was the Nursing Cups senior final centenary.  Not only did Jack present the senior final awards but also presented the junior finalists with their medals.  Jack put his name to the Achievement in football award which is awarded to the finalists in all age groups Jack had a cast iron stipulation that he would only put his name to an award if they were a quality item.  Mark Welch who was Chairman of the Nursing Cup Committee at the time remembers Jack saying “I dont want any player being given a tin-pot-plastic award” hence why to this day the awards that are given out to the finalists in the Nursing cup are of a quality Jack would have been happy with.  Jack awarded our very own kit man Eric Whitehead his long service award from the Nursing Football Association.  Jack will be sorely missed by millions around the world, but this little corner of Warwickshire will be forever great-full for his involvement in making the Bedworth Nursing Cup the competition it is today. 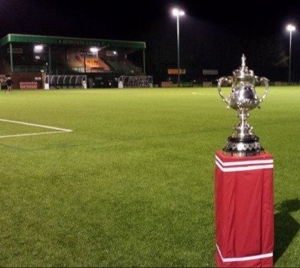 The Bedworth Nursing Cup or to give it its proper name  The Bedworth Nursing Association charity challenge cup is one of the oldest football competitions in the country still being played today, with the first final taking place in 1909 and now has competitions from Under 12’s all the way up to the Senior Final.  The finals are held here at The OVAL and are always well supported unfortunately due to COVID-19 this year is the first time since the war that the competition has not reached a conclusion.  The senior nursing cup cost £62,10 shillings to make and was manufactured by Elkington and Sons who were based in Birmingham in1908.  The money to purchase the trophy was raised from donations made by the local Bedworth Miners and local community at the time. £62.10s today with inflation would be £7,585.89 but due to the workmanship and the quality of manufacture in the production of the trophy it has been suggested that the senior trophy is now irreplaceable. It is currently insured for over £60,000. The trophy is large enough to hold 18 pints but unfortunately now due to the age of the trophy and to preserve it for years to come filling it is not allowed. If you want to see the trophy it can be seen in the mayors parlour at Nuneaton Town Hall where it permanently resides apart from on the day of the final when it is presented to the captain of the winning team.  The competition is open to teams from the local area who do not have contracted players.  The final in 2019 saw Rugby FC come out as victors for the first team after beating Coventrians 2-1.