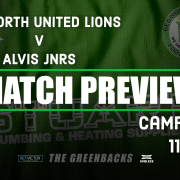 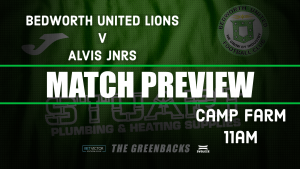 Battle at the Top

The Lions face Alvis on Sunday with both sides unbeaten starts to the season on the line.  Alvis will be smarting after The Lions beat them at the Mount Nod tournament twice in the summer. Alvis started have started the season flying with wins against Kenilworth, Mount Nod and Cov Sphinx.

The lions also have started the season with 3 wins but definitely haven’t reached their full potential yet.

With both sets of players knowing each other well and wanting to set a marker down against the other it promises to be a good game with neither side wanting to blink first and lose their 100% record.

With so many teams now playing at The OVAL the game will played at Camp Farm as each team has to play one fixture there a season so home advantage won’t be a plus for the Lions. In a season where so far the Lions haven’t reached top gear this fixture the lads will need to be on their game as Alvis will no doubt be looking to cement their place at the top of the league at this early stage of the season. The Bedworth lads though will all be wanting the same and I am sure will lift themselves for this game and look to carry on where they left off at the Mount Nod tournament.