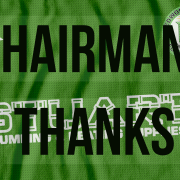 I am taking this opportunity to publicly pass on thanks and to let you all know some of the things that have been going on at The OVAL over the last few months.

During the close season and the enforced break due to COVID-19 work at The OVAL has not stopped. Our Stadium Manager Stuart Roe has been particularly busy and sometimes doesn’t get the credit he deserves as a lot of his work and efforts to improve the club are behind the scenes and in the background.

He has single handedly worked on developing and starting up the new Bedworth United Academy and Football education programme. He has in a relatively short space of time sourced education providers and partners who will aid in the academic side of the Academy, approached well over 100 potential students, Looked into various funding streams for the students, planned and assisted in the delivery of taster days for the potential students all of this whilst still carrying out his normal role of managing The OVAL. With the groundwork that Stuart has done and the foundations that have been set in place Bedworth United’s Academy I have no doubt will be one of the best if not the best in the area. From a vision and an idea in March it is astonishing that we are in a position to launch the Academy in September and this is mostly down to Stuart.  The hours he puts in to both keep the club running smoothly and then to develop the Academy as well must be great and his partner Libby also deserves a mention as without her support Stuart would not be in a position to dedicate this amount of time to your club.

The Academy is open to 16 -18 year olds who want to pursue a career in sport with the students studying a BTEC Sports Diploma equivalent to 3 A-Levels, with progression routes including university and USA scholarships. The academy is another opportunity that we as a club can now offer the young people of this Town and the surrounding areas. When we started the project with the 3G pitch the clubs Vision Statement was “To be considered the No.1 choice in the community for Junior Football development” with the Mission Statement wanting to: ‘Combine first class facilities with expert tuition and coaching in a safe environment- to provide the opportunity for all our young people to achieve their goals.’ Hopefully with the Academy that is another step closer to achieving those statements.
Stuart has also been instrumental in ensuring that we have kept you updated as much as we can on when football will return to The OVAL which at the time of writing could be within the next 4 weeks.

We have been approached by numerous other academies including Leicester City and Carl Baker who have wanted to utilise and use The OVAL. All of which we have had to turn away due to the number of teams that we have already have training at The OVAL. The junior section of the club is not only expanding, but producing some outstanding players who are progressing into the clubs U18s and U21s, with several players also invited to train with the 1st team in pre-season. As a club we are in a very good position compared to many others locally and nationally.

To find out more about the Academy please complete the form on the link below and someone will contact you to answer any questions you may have.

With This weekends announcement that full training and friendlies can be played from the 1st August we hope to get Football back at The OVAL as soon as possible, but there are restrictions still in place. As a club we are implementing COVID legislations as soon as possible so The OVAL can get back to being the place to play football in Bedworth and the surrounding area. Please do bear with us, as some of the restrictions and regulations that have been put in place will mean that your football experience will be very different to what you were used to.

Once again I would like to thank all of the Greenbacks supporters, followers and juniors for their understanding and patience whilst we slowly get back to normal.

Neill Rayson-Randle on behalf of the senior board of directors