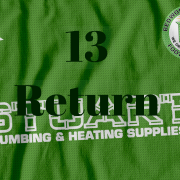 Today we are happy to announce that 13 players from last season have committed themselves to Bedworth United for the coming season (Pending league approval).

Dan Crane – Dan returned to the club after taking a brief foray into managing being the Assistant at Gresley but has decided that its not time to hang up the gloves yet. Dan’s footballing CV includes West Brom as a youngster and a wealth of other non league clubs. Dan is great at controlling his back line and his voice can be heard all over the park his experience is great to have around the club.  With the ability to command his area and his shot stopping it is great to see Dan with us for another season. We hope to see more heroics like his penalty save against Ilkeston more impressive as days early he was taken to hospital for a nasty dislocation of his finger

Reece Blackmore – Reece is now in his 4th season with Bedworth, Reece as a youngster up until U16 was playing at Derby county where he then moved on to play youth football at Kettering Town. Bedworth signed him from Coventry Sphinx and since then he has been a regular in the team becoming a fan favourite because of his combative style of play, I am sure we are all glad to see Reece return for another season at Bedworth.  Who can forget his goal against Didcot last season.

Luke Rowe – Luke is a local lad and he has grown in stature under the guidance of the coaching team. The left sided player was one of the managers‘ first signings from Hinckley when Stuart Storer took over.  he has played in New Zealand for Wellington making several appearances for the New Zealand national youth team. He always seem to feature in the end of year award ceremonies and we all look forward to left foot from freekicks.  Lukes goal against Berkhamsted although a consolation on the day was definitely worth a second watch.

Rich Blythe – Richard is a centre midfielder who is happy to mix it but is equally good with the ball at his feet, Richard returned to the club last season after a season at Rugby. He was club captain in the promotion winning season and hopes that he can relieve that glory again this season.  Blythy scored last goal of last season at The OVAL he will tell you its a 30 yard screamer have a look and decide for yourself.

Cal Templeton – Cal has represented Northern Ireland at both U17 and U19 level an is a product of Leicester City Academy having spent 9 years there. A tough tackling centre half with a no nonsense attitude to the game Cal developed last season .  Cal was dependable all season when called upon and rarely let the side down.

Blaize Punter – Blaize joined us halfway through the season last year. Blaize is an Antigua and Barbados international he is a strong reliable centre half who has joined us from Rushden and Diamonds. He started his footballing career at Mansfield then moved on to Quorn and Rugby before settling at Rushden and Diamonds where he made over 50 appearances.

Lynus King– Lynus joined us from Oadby Town.  As a junior he had a spell with Stoke before moving to Holland and becoming part of both Ajax and Feyonoords youth systems. On returning to the Uk he has had spells at Leicester Nirvana, Nuneaton,Stamford and Gresley. Lynus preferred position is as either a Right Back or a holding midfielder

Ricardo Dudley – Ricardo is a talented player comfortable either at right back or centre back .Ricardo joined Bedworth at the beginning of the 2017/18 promotion season from Boldmere St Michael. This strong defenders development here at Bedworth has been quite rapid with some strong performances during last season and is fast becoming a fan favourite he has no problems with putting his body on the line for the team as his head wound last season is testament to.

Mitch Piggon – Mitch returns again this season looking to continue his goal scoring exploits of last season, Mitch has already wrote his name in the Greenbacks history books having scored here in his previous seasons with us in the Playoff final against Beaconsfield. Mitch is a good old fashioned centre forward who knows where the goal is and has no problem putting the ball in the net with either foot. Feed the pig and he will score.  Mitch was in the top 10 of the top scorers in the league last season and will no doubt be a feature in there when the season starts.  Have a watch of Mitch in goalscoring action with his overhead kick  equaliser away at Wantage

Luke Keen – Luke is a proven goalscorer at this level. Luke can include Redditch, Rushell, Daventry, Rugby and Atherstone on his footballing CV and has always been amongst the goals wherever he has played. He scored 16 goals in his last time with us in the 2017/18 season where the team were promoted.  Luke is another like mitch who featured highly in the list of top scorers in the league last season. Lukes header against Aylesbury here at The OVAL just showed how well Luke knows where the goal is.

Olly Mulders – Olly started his football career with Birmingham City and was a gradute of their academy being given a one year pro contract. Most recently he has been plying his trade at Redditch United. Olly is a promising youngster who will look to thrive under Bedworths management team. Signed at the end of 2019 just before Christmas.

Liam Truslove – Liam is described as a technically gifted midfielder who is more than capable of turning a game in an instant with his delivery. Liam came through the youth system at Birmingham City, spending seven years in their ranks before signing his first professional deal. Liam has played at Kidderminster Harriers, Hednesford Town and most recently Redditch. Signed at the start of 2020 and made his debut as a sub in the home game against Barton Rover.  Liams volley to open the scoring against Berkhamsted just highlighted how technically gifted Liam is.

We wish all of the returning players good luck in the season ahead and we cant wait to see them all pulling on the Green jersey once again.